Holy smokes! Have we got a red-hot special Chimp Tent meeting in store for our meeting on February 16. We will be spending a night in the museum—the Cincinnati Fire Museum!

Not only will we have hilarious Laurel and Hardy films, we will be able to tour the fire museum and learn about Cincinnati’s firefighting history, such as that we had the first professional fire department in the U.S.

There will be plenty of hot stuff showing for “A Hot Time in the Old Town,” with some of the worst firefighters ever—featuring Laurel and Hardy, Our Gang, Charlie Chaplin, The Three Stooges, plus some explosive surprises!

Join us at the Cincinnati Fire Museum, 315 West Court Street, Downtown, on Saturday, February 16, starting at 6:45 p.m. Be sure to leave some time to tour the museum! The museum entrance is included as part of the usual Chimp Tent admission—that’s $6 and free for children under 13 and Chimp Tent members. 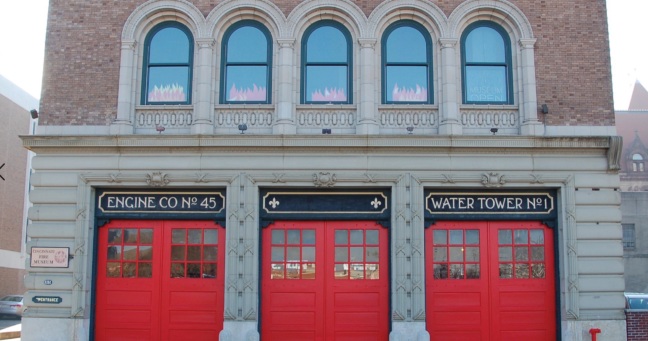