The “Chimp Tent” packed up its things and headed down into the hills of Kentucky for a “Rabbit Hash Rendezvous” on Saturday evening November 7, 2009. This was not a regularly scheduled stop on the steamroller express known as “The Chimp Tent”; instead, this was a request program from the proprietor of the Rabbit Hash General Store, Terrie Markesbery. Our Tent was happy to oblige!

The 45-minute drive down from Cincinnati took us through lovely countryside, with an emphasis on “country”! After arriving in Rabbit Hash, the equipment was set up early, giving us ample time to sample the amazing BBQ going on next to the barn where the screenings were to take place.

The surging throngs eventually arrived, and although humans (24 of them!) were nearly outnumbered by the many domesticated mammals seen walking through the barn (don’t get excited – they were only dogs and cats!), everyone had a good seat to enjoy the program…

…which started off with “Mickey’s Polo Team” (8:47 running time), originally released on January 4, 1936. It was interesting to note that Will Rogers was supposed to be one of the polo players, but his death in a plane accident before principal photography began meant the cartoon’s release was delayed so his images could be removed from the cartoon. This cartoon also features the last time that the “early” versions of Goofy and Donald, prior to their metamorphoses into the mature physical characters we know today, were seen.

We then enjoyed Our Gang’s October 29, 1937 release, “The Pigskin Palooka” (10:49), where Alfalfa’s bragging about his (non-existent) football prowess gets him into big trouble!

The first of our Laurel and Hardy sound shorts then followed, “Helpmates” (20:04; released January 23, 1932). Laurel’s understatement at the end of the movie (“Well, I guess there’s nothing else I can do!”) climaxed his total destruction of Hardys’ clothes, wife, and house. It was interesting to mention that the Hal Roach Studios actually built a five-room facade on an empty lot in Culver City, and then burned it down to shoot the final scenes of this short. Even more amazing was that at one point Stan Laurel gives out a phone number in this film, and it was his own personal number at the time!

We continued on a roll with the Laurel and Hardy March 22, 1930 release of “Brats” (20:13); in this film, the only one in which The Boys played fathers (and with good reason this is their only film as dads!), we noted the photo of Jean Harlow on the mantelpiece, and that the illusion of Laurel and Hardy as children was achieved using over-sized furniture.

We mentioned that by 1937, Hal Roach had ceased producing short comedies, owing to the popularity of double bills crowding off short subjects from the movie screens. However, there was still sufficient demand so M-G-M conferred with Roach about reissuing a group some older Laurel and Hardy shorts, “Brats” being one of them. To disguise the “age” of this 7-year old film at that time, the opening gag text title (a vestige of the by then scorned and antiquated silent films era) was removed, the main title card was re-drawn, and the original end title was replaced with new artwork of two derbies hanging on a hat rack. More importantly, a new incidental background music score was commissioned and composed by LeRoy Shield. This ‘newer’ soundtrack version is the one most often seen since 1937. However, for this evening’s performance, we watched a version of this film with the ORIGINAL 1930 film score (the reissued sound track print was the only version of “Brats” in active circulation since 1937 – and the altered re-release cut everybody knows today. However, thanks to locating lost Vitaphone disc recordings of the original 1930 dialogue, music and effects track, and synchronizing these elements with an old nitrate duplicate negative struck from film editor Richard Currier’s work print picture portion, an excellent approximation of how early audiences saw the original film release could be gleaned).

We then returned with another Disney cartoon, “Moving Day“ (9:22), originally released June 20, 1936. This cartoon was selected due to the appearance of a wayward piano, which featured prominently in…

…our final Laurel and Hardy sound short of the evening, the wonderful “The Music Box“ (27:46), which was released by MGM on April 16, 1932. This film won the first Academy Award for Live Action Short Film (Comedy) in 1932. It has been considered culturally significant by the Library of Congress and selected for preservation in the United States National Film Registry. Our friend Billy Gilbert of course featured as as Professor Theodore Von Schwarzenhoffen, M.D., A.D., D.D.S., F.L.D., F.F.F and F.

We noted that the mansion at the top of the stairs was not really at the top of the stairs, but was a set on the Hal Roach Studios lot. The actual stairs led to a cul-de-sac. The 131 steps on the staircase in this movie were also used in the 1927 lost Laurel and Hardy film, “Hats Off” and in the 1941 Three Stooges short “An Ache In Every Stake” (which was directed by Charley Chase by the way).

By evening’s end, the piano had been delivered and demolished, and it was time for everyone to hit the road back to civilization. Those in attendance had a fine time, and the barbeque that was offered, in concert withthe absolutely perfect Fall weather, made for a terrific evening. Perhaps we’ll return to Rabbit Hash after the Spring thaw – what do you think? Anyway, now we will look forward to our “It’s the Holidays!” extravaganza on December 12 in Clifton. We hope you’ll join us as celebrate the festive season with Laurel and Hardy (and friends!). 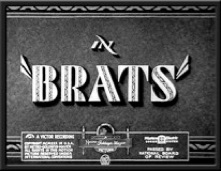 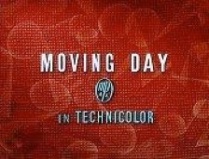 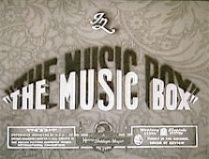 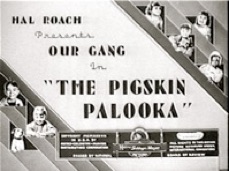 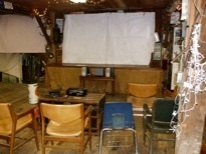 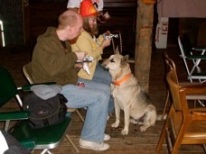 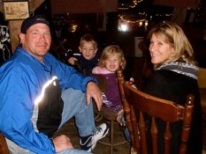 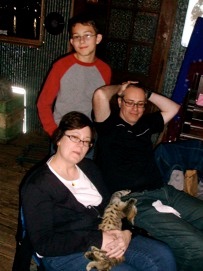 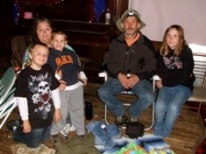 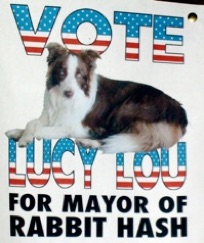 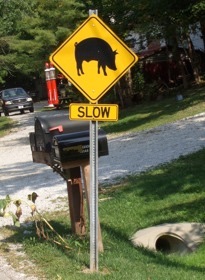 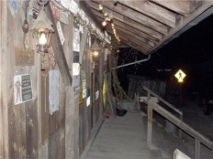 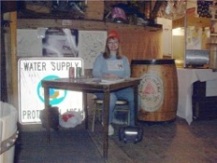 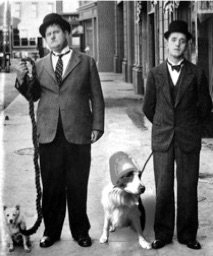