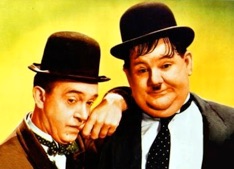 We started out with the 1941 Warner Bros. cartoon “Hollywood Steps Out” (7:42 screening time). There were many Hollywood stars featured, and we tried to see if we could recognize any of the dancers!

Next up, in keeping with the Holiday Spirit, came the 1929 silent movie from Laurel and Hardy entitled “Big Business” (17:52). The opening title explained it all: “The story of a man who turned the other cheek – and got punched in the nose.” The Boys (as Laurel and Hardy are lovingly referred to by their fans) attempted to sell Christmas trees in California, “attempted” being the operative word. Look for long-time supporting characters James Finlayson and Stanley ‘Tiny’ Sandford in their roles as the harried house owner and policeman, respectively.

After a short break we resumed with the 1935 Little Rascals short film, “Beginner’s Luck” (18:30). This title not only wished our small but hardy group good luck in starting this film group, but also refered to Spanky’s efforts to win a talent contest despite the unwanted help from his friends in the audience. When Spanky’s mom asked, “Well, what has Clark Gable or Barrymore got that Spanky hasn’t?”, Spanky replied, “A moustache!” Look for Alfalfa (Carl Switzer) in what was his first appearance in a Little Rascals film.

Another short break followed, which led up to two related Laurel and Hardy films. Guess what can happen when The Boys are on a roof and there are bricks (and gravity) present? We found out, Laurel and Hardy-style, as they battled their way through:

… and 1933’s “Dirty Work” (18:26), about whose plot “I have nothing to say!” (we saw the film and understood). Incidentally, “Dirty Work” was released almost exactly 75 years ago (November 25, 1933) and featured Lucien Littlefield as Professor Noodle and Sam Adams as the butler. 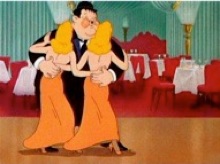 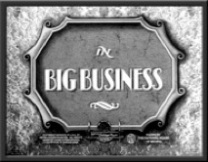 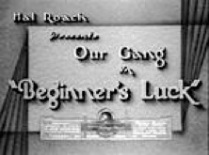 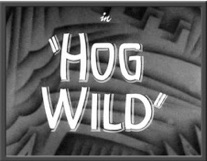 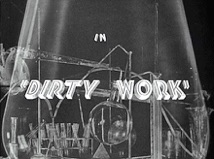 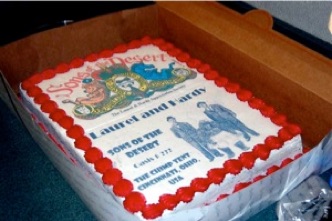 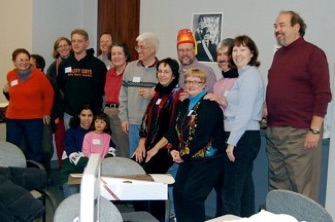 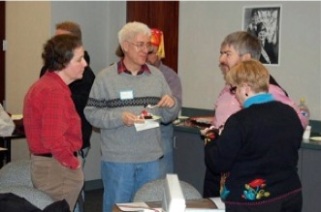 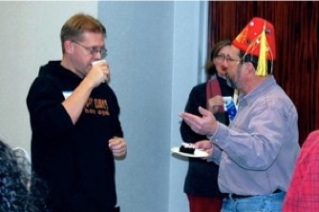 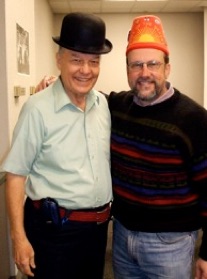 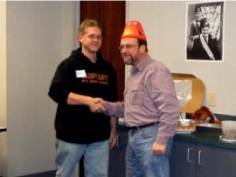 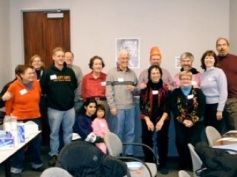 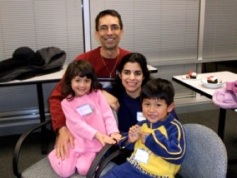